Do I need a teleprompter?

Why would I need a teleprompter?

If you're a video content creator you may have struggled with your video recordings.

Well no matter how great a speaker we may be sometimes it can be really difficult to remember what we want to talk about.  When I started off my videos were pretty bad!

Then I got better and better, but I still had the issue of trying to remember what I was talking about.  Thus, what would happen would be that I would start talking, forget what I wanted to say, had to go back to look at my notes, record again etc.

I ended up with maybe 60 minutes of video which was edited down to maybe 9 minutes of actual (jumpy) video.

I say jumpy because every time you stop and start you may have moved slightly and then the flow is going.

A few months ago I got a physical teleprompter but for this to work you need to have two phones – one that records and one that shows your script.

I have to say it really made a difference.

However all the while I was being targeted by an app that would also do this – bigvu. This app seemed cool, basically you download an app, paste in your script and then using their built in recorder you read and record at the same time.

I liked the idea as really we all use our smart phones, however, the price made me pull back.

Then I saw it bigvu on appsumo on a lifetime deal – $69 for life.

I decided to review it below: 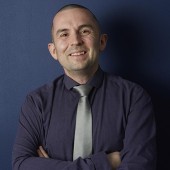 I am a life, business and success coach who wants to help you succeed and live the life you desire and deserve. I am based in Barcelona but provide coaching and online courses to help you grow

Learn From A Real Millionaire (self made) For Free!

I interviewed Alex Jeffreys – superstar who now owns the fastest growing coaching company in the USA. Learn what his “secret” is.
Just fill in your details below to get your video

Your privacy is important to me, so rest assured your email will never be sold or given to any third party. I may send you business tips and reviews, however you may unsubscribe at any time